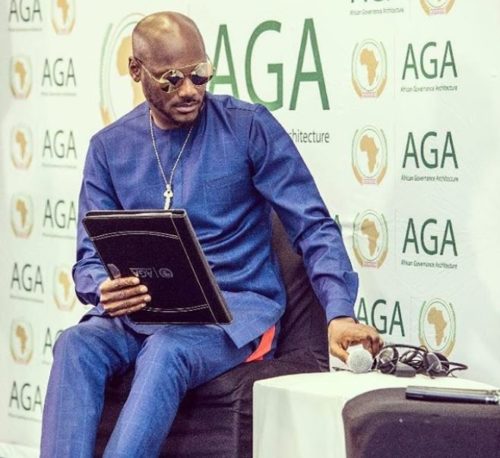 2baba could not hold back the tears as he saw his babymama Pero Adeniyi and his wife Annie Idibia reconcile right in front of him. The singer apparently has been having isues as one of his four babymamas Pero and Annie Idibia his wife were not on talking terms. The rift obviously affected the relationship 2baba had with his wife, children and his babymamas. This was probably the reason why the singer could not control his “water works factory” and burst into tears

the issue started after the two women fought on social media because they annie did not want her husband to have anything to do with pero. A picture of both Pero and 2Baba kissing went viral on the internet even after their marriage.

2face in tears, yesterday, as his wife, Annie, and his babymama, Pero, ended their age-long rift. 📹: @callme.uchay

BBNaija: “Mike Is A Complete Gentleman! I’m Learning Alot From Him’...

“I made a man a millionaire this morning” – Hushpuppi reveals...