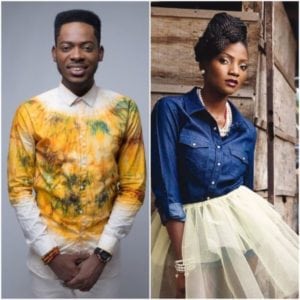 In a recent interview, Adekunle Gold was asked about the nature of his relationship with Simi and instead of giving a yes-no answer, he referenced his past revelation about composing his hit song Orente for Simi, as if to say “I have hinted that we’re dating and we don’t need to make an official statement about it.” His response came off as a question on why it is taking so long for people to read the signs.

The Orente reference seems like he was asking, “do you write love songs for your friend?” From Adekunle Gold’s gestures it can be read that the two singers are in a relationship but they would rather not make it a public affair.

"SIMI AND I DON'T NEED TO COME OUT AS A COUPLE" – ADEKUNLE GOLD ON RELATIONSHIP WITH X3M MUSIC STAR. PART 2 . . #AdekunleGold #Simi #GoldMyneTV . . More on www.goldmyne.tv