Barely hours after going viral with his diss track, “War”, Blackface has promised to drop the second part of the record.

The internet went wild following the release of Blackface’s War which was a song meant to diss legendary singer, 2Baba.

The record saw Blackface calling out 2face and tagging him gay amongst other names all in a bid to get at the African Queen crooner.

After receiving major backlash from social media users, the rapper, undeterred has promised to release part 2 of the music.

See his tweets below. 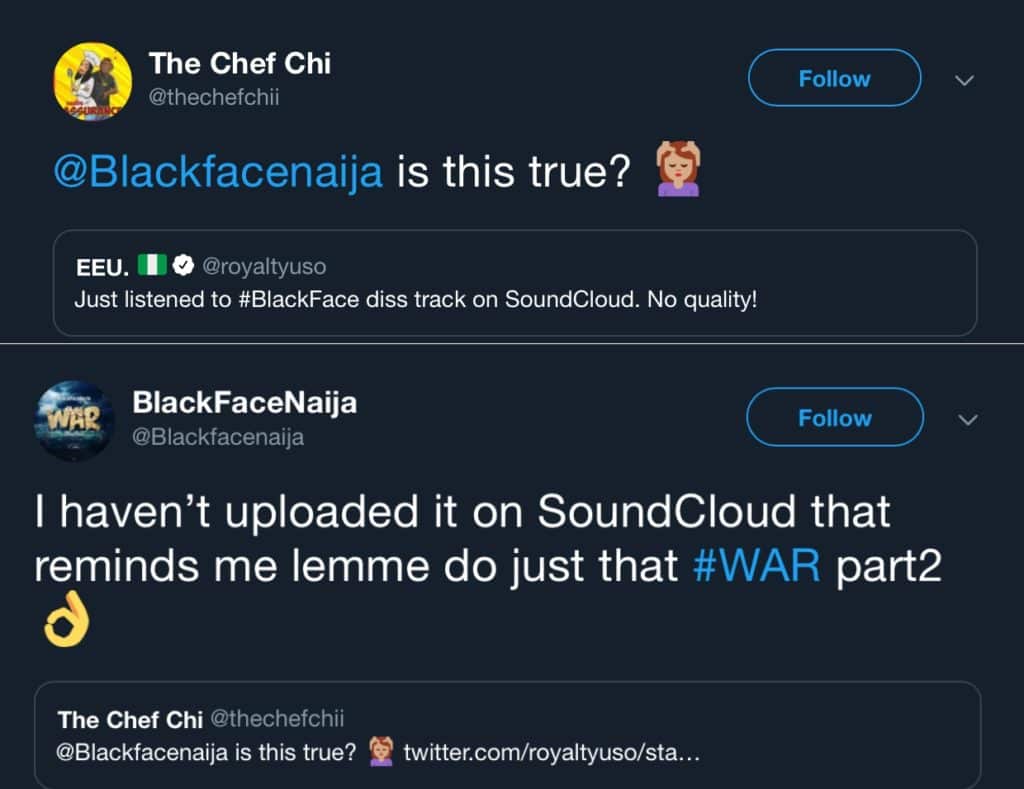 Meet Sandra, the lady who Regina Daniels angrily pushed into the...

Have You Seen Speed Darlington’s Mother? The Resemblance Will Shock You...