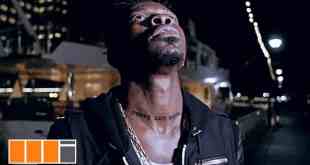 Ghanaian music superstar, Shatta Wale has hilariously threatened to make sure Davido gets arrested by immigration officers in the United States.

The controversial dance-hall artiste made this declaration and stated his reasons for the intended action too.

He revealed if Davido doesn’t do his song, he would make sure he instigates how he gets arrested in Atlanta, United States.

Shatta took to his Twitter page to make the hilarious announcement. He wrote; “Somebody should tell Davido if he doesn’t do my song , I will take the “O” from the David and see if he fly again to Atlanta ..they will think he was the one that killed Goliath and immigration will catch him.” 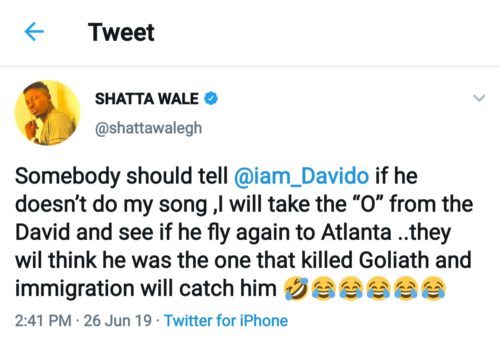 Beauty Queen Kicked Off Emirates Flight To Dubai For Being Too...