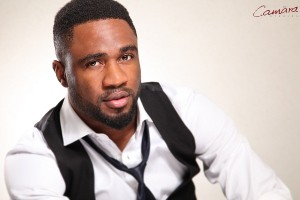 X3M Music singer, Praiz, was recently interviewed by Olushola Rickettes and he spoke on his music career, women and the experience that saw him end up in the police net. He said his collaboration with Wizkid ,M.I and Bez put him in the limelight.

eople accepted me right from the days of Project Fame. My music career has been a process and I will never despise my days of little beginning. The first song that put me in the limelight was Stupid Song with Bez. Also, people began to notice me after I did songs with M.I and Wizkid. Apart from my original songs, the collaborations I did in the past also contributed to my growth in the industry.”

Praiz also spoke on the growth of his music career. He said,

“I love my growth. I prefer to have 1,000 fans who are loyal to me than a million fans who are not loyal. When you talk about people who broke into the industry from reality shows, I am one of them, even though I didn’t win. As a matter of fact, people always think I won Project Fame. I believe you need to understand your fans. However, that doesn’t mean you should be lazy or rest on your laurels. While you are still pushing to be a better person, one needs to be grateful to God. I owe everything I have achieved to God, but most people don’t know that I work a lot. I tell people that I have lost four years of sleep in my life. I go to bed at 4am daily. However, there are a lot of people who work as hard as I do, yet they don’t get results. For me, it has been God, patience, focus and hard work. I know where I want to be and I am working towards it. I am a talented boy who is enjoying the favour of God. Once God sees your heart and how much you are passionate about what you do, He blesses you.”

When asked why he hasn’t done a solo show like some of his colleagues, he responded by saying,

“I like to do things differently. I have yet to do any solo show because I am not ready to do what I would really like to do. I have a massive plan, but the time has not come to unleash it. For my concert, I plan to invite an international RnB act. Very soon, everyone will witness it. I believe anything worth doing is worth doing well. Generally, I had a great outing last year. I released a couple of songs that did well internationally and locally. I am ready to drop a five-track EP this month, precisely on February 14. There are some artistes that release singles every month but I am not that type of singer. I am strategic with the way I put out materials. I believe everyone has his or her own technique.”

Speaking on his plans as regards marriage, Praiz said,

“I am certain that I will get married but I don’t know how soon it will happen. You don’t need to rush into marriage because it is an institution you are not expected to abandon once you are in it. Though people get married to the wrong people, marriage is a beautiful thing. However, when a marriage turns violent, I always advise people to walk away because staying alive is important. I am taking my time as I don’t want to rush in and rush out.”

BBNaija: Mercy and Ike throw shades at each other on social...