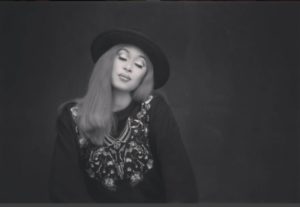 Someone has drawn the attention of the public to the disappearance of dance hall music singer, Cynthia Morgan from the public eye. And that someone is Adesua Etomi.

Mrs Adesua Etomi who has become more involved in the music industry since she got married to Banky W, took to Twitter to ask about the whereabouts of the dance hall music queen. Earlier today, she tweeted,

“There’s just one thing I want to know…’where is Cynthia Morgan??????”

Her tweet has since brought the singer to the consciousness of the public and it has caused people to ask questions of the singer’s sudden reclusive lifestyle. Teebillz Expressively Chatting With His Son During A Hangout

BBNaija: Mike Speaks On Relocating To Lagos, Relationship With Tacha