Davido has had his lead over other Nigerian entertainers extended as he becomes the most followed Nigerian celebrity on Twitter as he reaches 5 million followers.

The singer who is the most followed celebrity on all social media platforms has now extended his lead at the summit of the list of most followed Nigerian celebrities on Twitter with the new 5 million followers.

The closest person to him is his arch-rival; Wizkid who has 4.6 million followers on the social media platform.

Davido was only second to Wizkid some months back but due to his social media presence and worldwide popularity which came as a result of performing on numerous international festivals in the course of the year, the DMW boss has been able to go atop of the list. 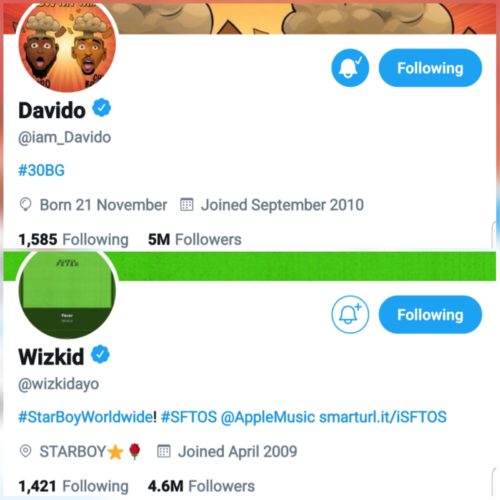