It was recently reported that Davido lied about owning a private jet. It was said that he only has fractional ownership of the jet but he spinned the full-ownership story to give his brand an increased value. The DMW man has now reacted to the story, reiterating that he owns the aircraft 100%.

Multiple reports had it that the story about Davido buying a private jet is all about social media hype. It was said that the singer entered an agreement to purchase the aircraft but his ‘financial commitment in the arrangement is meagre while the major financiers have chosen to play down their involvement to give Davido conceded prominence.’ 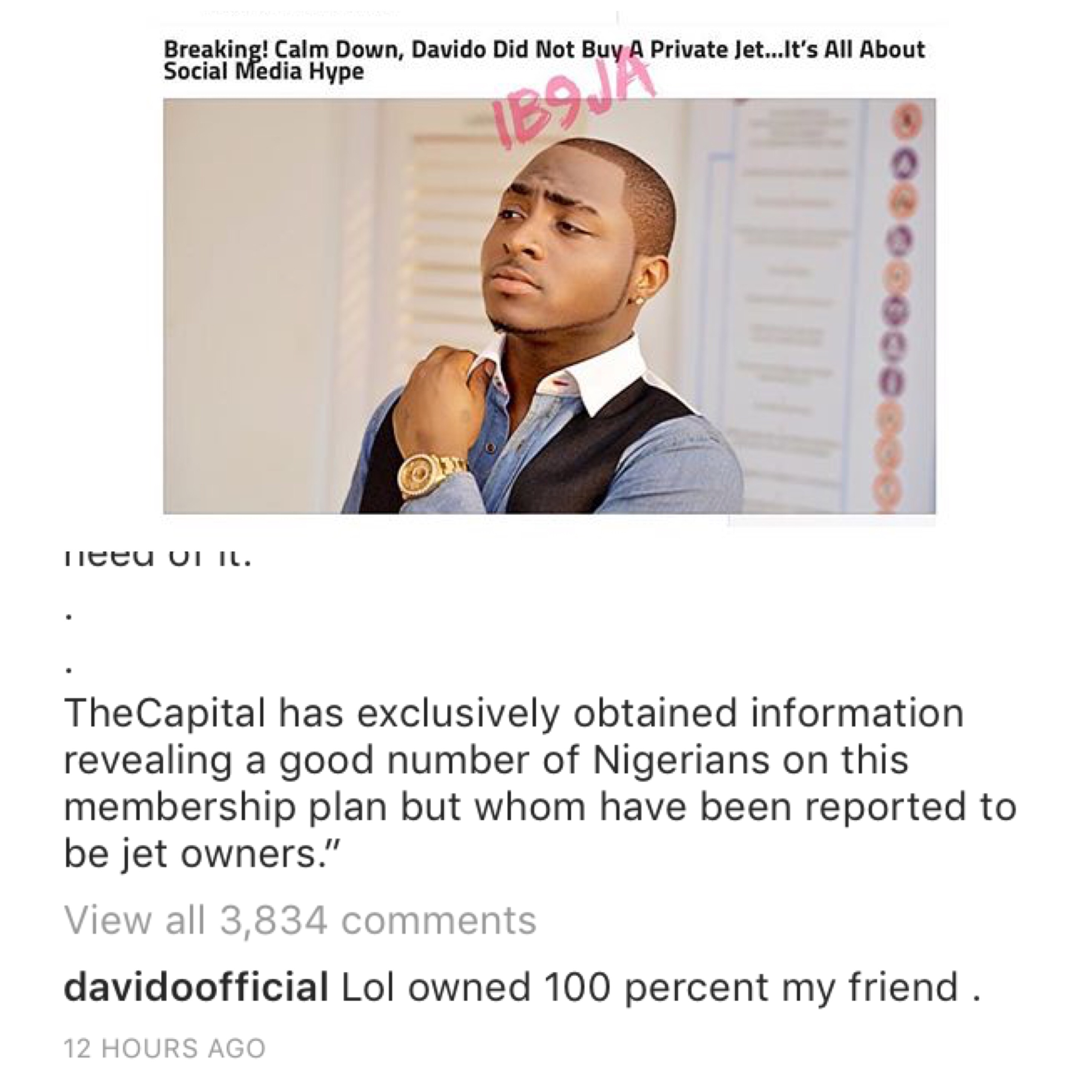 Simi and her Bridesmaids are absolutely gorgeous