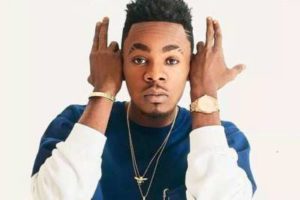 During an interview with HipTV, Patoranking spoke on the potential of a new sound known as ‘CQOM.’ The dancehall artiste seems to have been experimenting with this sound of late and there are traces of the sound on his new song titled, ‘Available,‘ which bears the influence of South African music. The musician stressed that the CQOM sound has the potential to become big in Nigeria and he is looking to champion the cause.