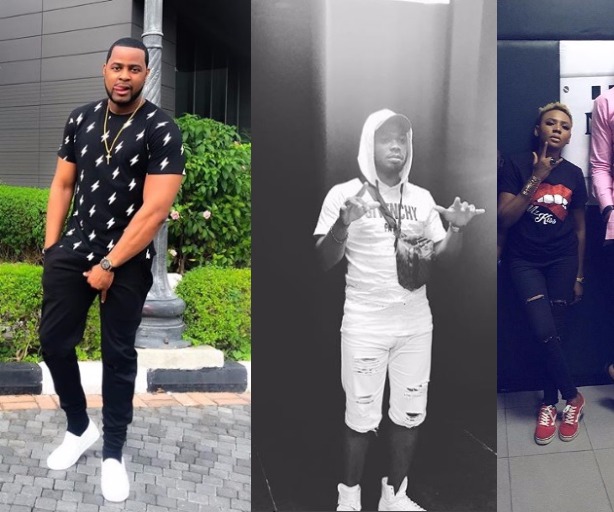 In a bid to tap from the irresistible influence of shaku-shaku dance vibes taking over Nigerian music scene, Superstar Disc Jockey, DJ Xclusive has teamed up two foremost street acts, Slimcase and Mzkiss on a soon-to-be released song, “Shempe“.

First we saw DJ Xclusive live video during the studio recording session then took to his Instagram page earlier today to announce the coming of the song while he asked fans a teasing question on when the song should be released to further fuel their anticipation of the lamba-filled song.

He wrote;
On a shaku vibe: DJ Xclusive ft @iam_slimcase & @officialmzkiss – SHEMPE !!!! – #NewMusic – @iam_slimcase WHEN WE GO RELEASE THE SONG???

Meanwhile, the self acclaimed “Otunba Lamba” himself, Slimcase who is one the street act that popularized the Shaku-Shaku sound has announced the “Shempe” track by DJxclusive and Mzkiss as the next fire brand shaku-shaku vibe about to take over the street.

However, queen of the street, Mzkiss also took to her Instagram page to spark up the growing anticipation of her first musical involvement in 2018. According to her, the combination of herself, DJXclusive and Slimcase on the song “Shempe” is superb.

With the ongoing pre-release buzz around the song, it is expected that the song, “Shempe” by DJxclusive featuring Slimcase and Mzkiss will take the street by storm upon its release. When posh + street meets = #StreetAnthem