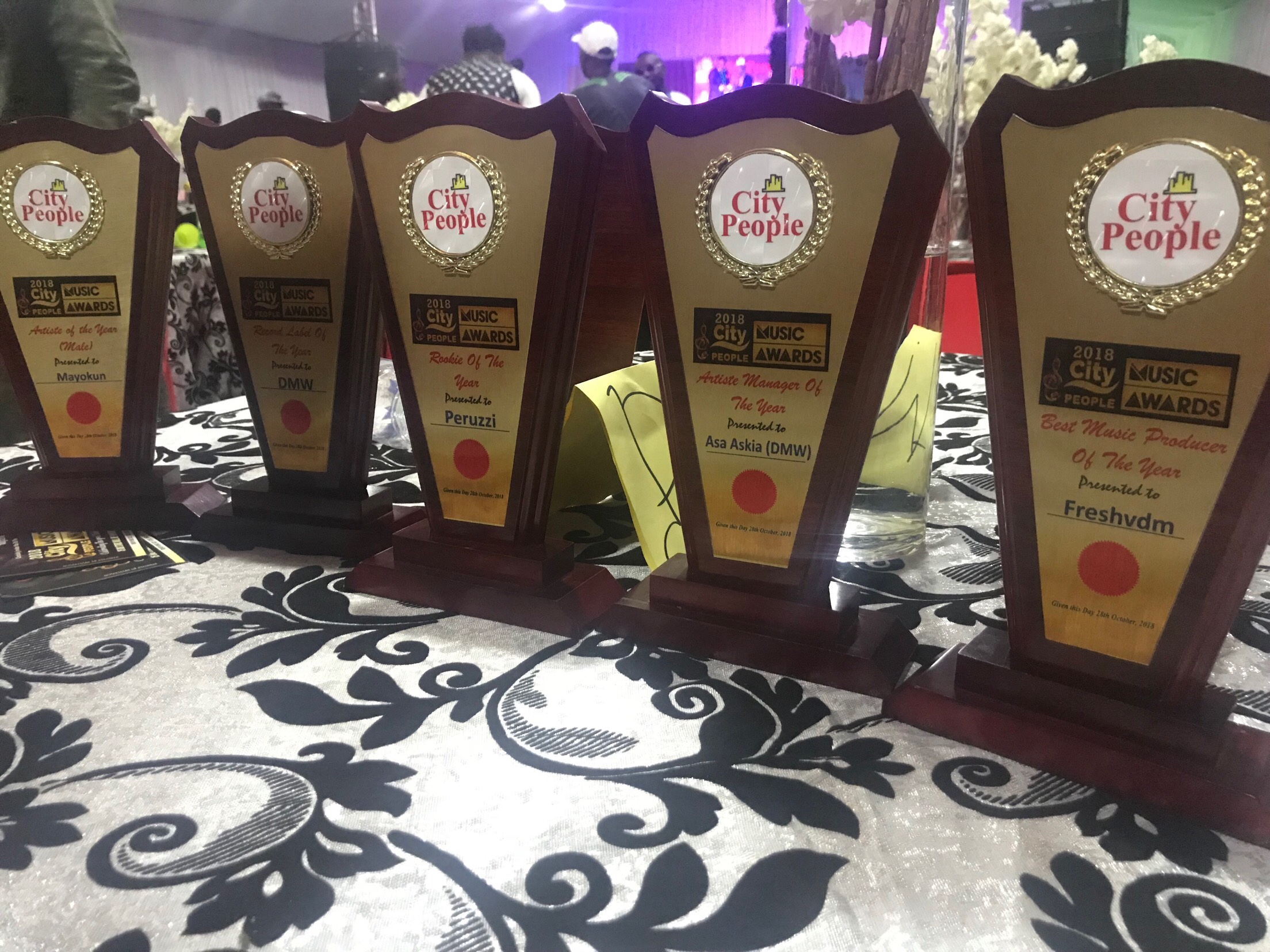 The Davido Music Worldwide have recorded yet another victorious feat at the just held City People Music Awards 2018 edition, which witnessed an array of the finest talents in music recognized especially for outstanding exploits in thecommunity of entertainment.

DMW turned up the biggest winners of the glamorous night with six-award wins. The President of the music unit alongside members of the #30BG were present at the ceremony as they picked up various awards announced in succession.

Since ascertaining their place as one of Africa’s revered music label, the accolades have been pouring in. Yesterday wasn’t any different as the decorated title of best record label led the strings of win for the night. Davido’s manager, Asa Asika was awarded in the category for artiste manager of the year; Peruzzi bagged the award for rookie of the year; FreshVDMtook home the best music producer award; Dremo emerged tops in the best rap album category for the CODENAME: DREMO (EP) project while Mayorkun won the most coveted title of the night being the artiste of the year.

The awards were received by the team with hearty cheers,kind words of appreciation and promises of more wins. I’m About My Wife, I Don’t Welcome Unwanted Female Attention –...