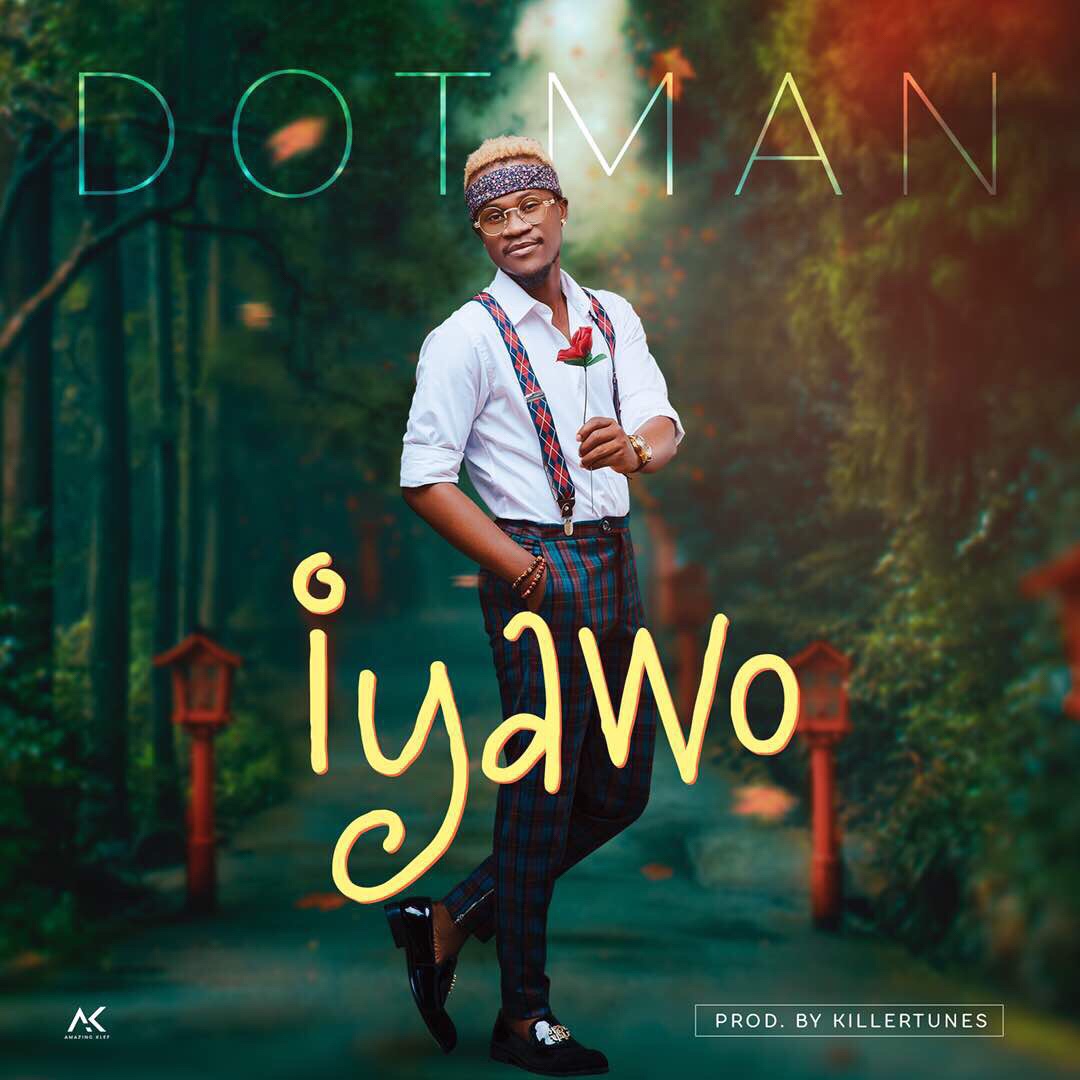 Olatunji Oladotun Alade, AKA Dotman, has built up quite a loyal fan base amongst young, female romantics in Nigeria.  His latest release, ‘Iyawo’, caused quite a reaction when a sample sneak preview of the song was released on the singer’s social media last month.  It led to two wedding bookings, music collaboration and press interview requests, a video shoot proposal, talent management offers and a request to model men’s fashion.  Social media also produced a cute video of two children in Paris dancing delightfully to the melodic beat of ‘Iyawo’.  So, what is it about this new release that has caused such a positive reaction?

Our reporter was fortunate to interview Dotman last night at a studio recording session in Lagos.  Dotman’s former recording deal with U and I Music, Nigeria, ended recently and he attributed the success of ‘Iyawo’ to his new-found freedom.  He commented freely with a welcoming, bright grin made brighter by the light reflecting off the colourful bandanna that glowed from his brow:

“The reaction from ‘Iyawo’ was not what I expected.  When I wrote and recorded ‘Iyawo’ I did not think of it as a wedding song or a song that would really get to the ladies like this.  My dancer friend in London keeps asking me to sing the chorus to her”.  His face opened up as he laughed and said, “I don’t know.  She says the way I sing those words, “I-ya-wo” makes her feel something inside”.  He continues to laugh: amused by the magical words that translate from Yoroba into English as ‘wife’.  He continued, “Not even ‘Akube’ was received like this and that song went on to get about 20 million YouTube views to date.  ‘Iyawo’ feels like it’s going to be an even bigger song.  I feel so fortunate to have a strong army of fans that love what I do and support me so much.  I’m thankful to them for everything. I am blessed.”

From a loving, humble household in Agosasa, Ogun State, Nigeria, Dotman did not have an easy ride.  At the age of 16 he lost his father, but the harsh hand that life dealt him then did not deter him from achieving his goals and dreams.  Dotman recalls, “I fought my way to university admission through to graduation.  Things were not easy for me then.  My career in music really developed when I was a student: entering rap battles and winning competitions until Dotman became a recognised name in Lagos.  From this platform came the fame, record deals, collaborations and tours.  Dotman was born from the hustle and was fuelled by my dream to succeed.  If ‘Iyawo’ becomes my biggest song it will excite me and drive me to do something bigger and better.  I feel happy right now.  My fans are enjoying my music and I’m enjoying them enjoying me.”

There is a joyful, loving aura beaming from Dotman that shows he has arrived at a comfortable place.  This is perhaps the reason why his army of female fans around the globe will happily chose to take ‘Iyawo’ as their lawfully wedded song.  As for Dotman’s enthusiasm for ‘Iyawo’ he says, “I will announce my European tour dates next month so I will hit the ground running with ‘Iyawo’.  I must trust the reaction I have had to the song even though the official release date is not until  23 February 2018.  My fans already know the song word for word.  The video shoot will be done in Europe.  Everythng is set to go.”

Dotman certainly has a lot of enthusiasm for ‘Iyawo’  and his admirable commitment is infectious.