The singer who likened men of the Special Anti Robbery Squad to armed robbers explained that a certain squad of SARS officials with no uniform overtook him and a group of friends in an unofficial vehicle, they alighted gallantly pointing their guns at them while they ordered that they all alight from their vehicle.

In his tweet, Reekado Banks pointed out that his status as star artistes saved him and his friends from brutality. What if I wasn’t me? the singer asked. 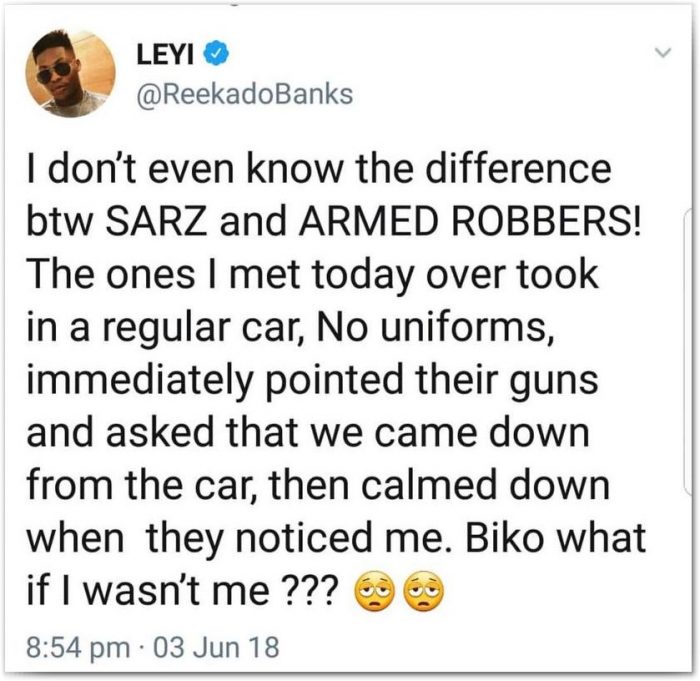 Tacha and Sir Dee storm the streets of Lagos to distribute...