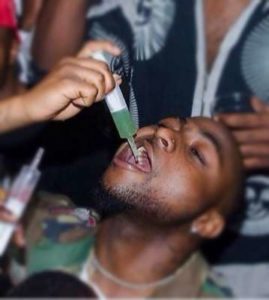 Following the reactions that ensued the release of Olamide’s song, ‘Science Student‘; Davido has become a subject in the discussion regarding the abuse of drug and substance intake. The singer was seen drinking from a syringe and the pictures are currently spreading across social media platforms. Fans have been reacting to the pictures and there has been several negative comments relating to the singer’s use of syringe and substance consumption habit. Share your thoughts? 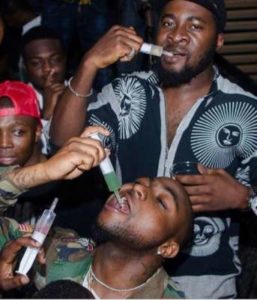