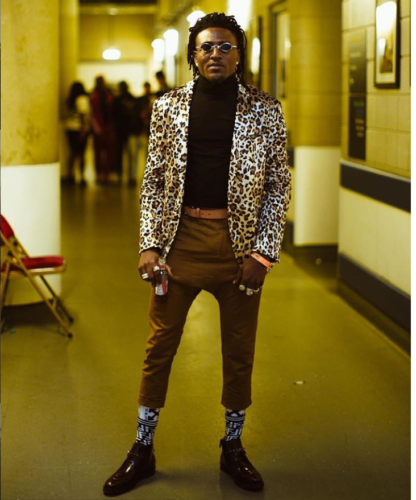 DMW star, Idowest has just announced that he has gotten himself a brand new car.

The rapper who got signed to DMW in 2018 just hours ago took to his Instagram page to make the announcement that he just got himself a brand new 2019 Dodge Challenger reported to worth in the excess of 20 million naira.

Idowest would become the 2nd DMW artiste to acquire a luxury car in the space of 2 weeks after Peruzzi got a Mercedez Benz some days back.

Idowest released an E.P, “Mafia Culture,” some months back which has been doing fairly well on the streets and as well played some gigs in the course of the year to help boost his commercial gains.

The acquitance of a new car is a show of hard work and consistency as the singer never relents on hitting the studio to create and later release.

CHALLENGES GOT ME A CHALLENGER 🙏🏽🙏🏽🙏🏽