Singer, Davido has reacted to the report that his uncle, Ademola Adeleke, was arrested by men of the Nigeria Police Force on Monday.

In a statement, spokesperson of the Nigeria Police Force, Frank Mba, said: “Senator Adeleke is currently in police custody. He was taken into custody in the evening of today 6th May 2019 in connection with ongoing criminal investigations touching on his person.

“Meanwhile, in the best tradition of natural justice and fair hearing, he has already been served with the relevant charge sheet containing his alleged offences in the presence of his Attorneys. He will be arraigned in a competent court of law tomorrow, 7th May 2019.”

Mr. Adeleke is being arraigned at the Mpape Magistrate Court today.

Taking to Instagram to react, Davido in a series of posts, disapproved of his uncle’s arrest.

In one post, he said: ‘I give up on Democracy.’ 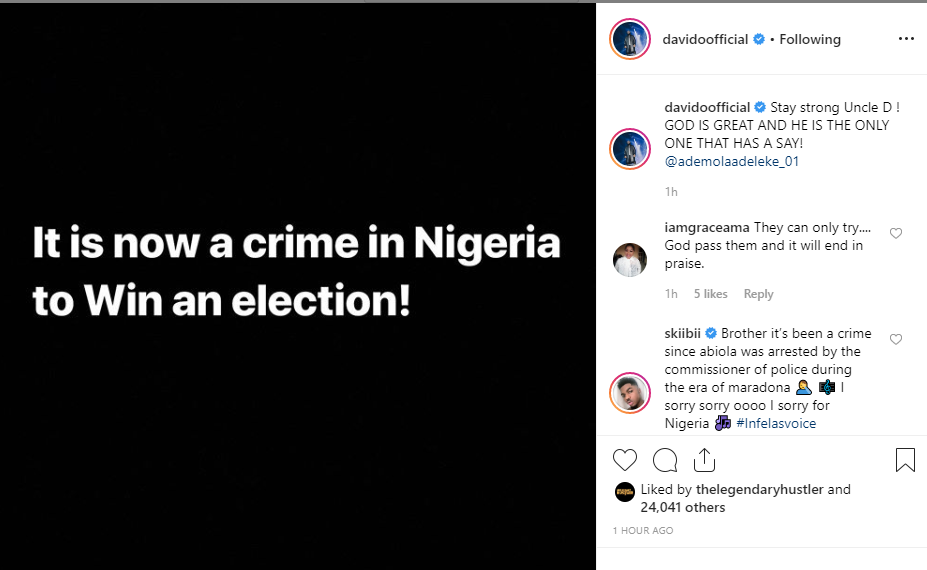 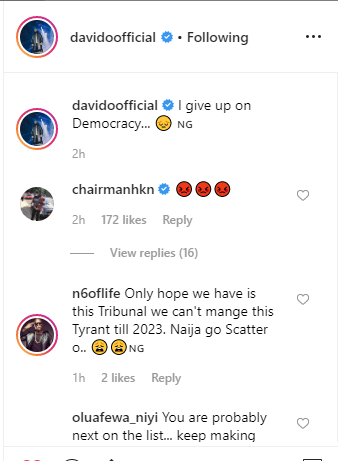 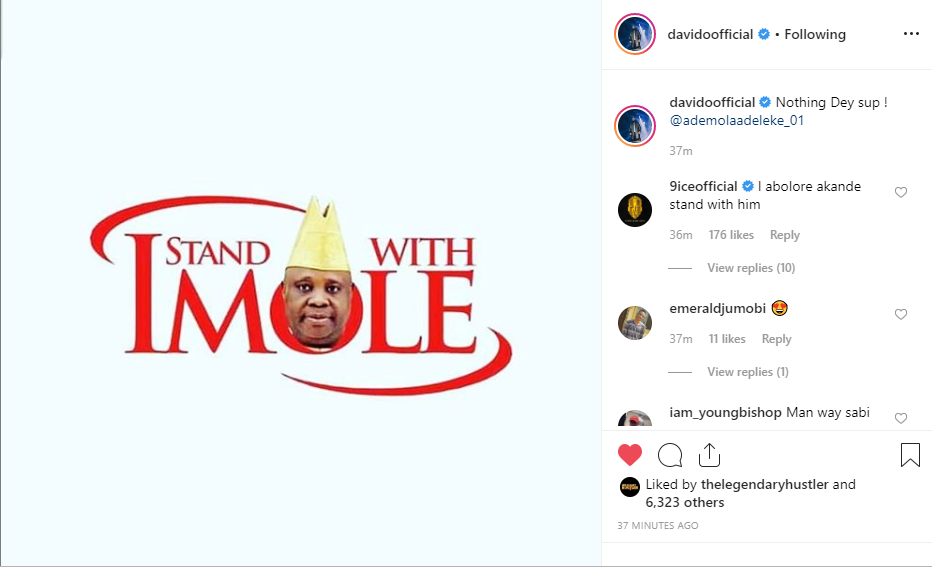