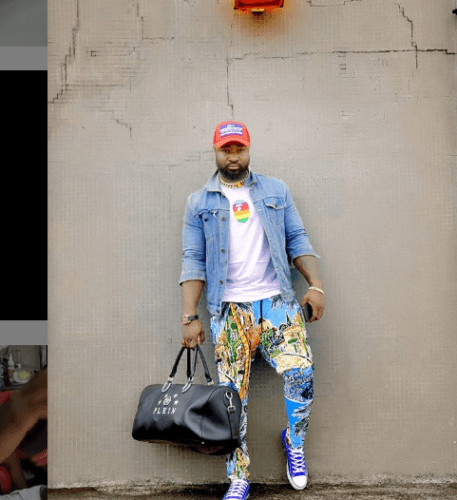 Nigerian singer, Harrysong has slammed the US music analyst for his derogatory remarks about Wizkid and Afrobeat.

The trending video making rounds on the internet today is that of the music analyst that revealed that Wizkid is not a well-known figure in the United States.

According to the analyst, Wizkid is not a recognized artiste in the US and would not have been famous if not for his collaboration with Canadian rapper, Drake.

He even went as far as thrashing the notion that the “Fever” singer should not be compared to Jamaican dance-hall rapper, Sean Paul. His statement angered a lot of Nigerians especially Wizkid fans and many are out to get the analyst.

However, an irate Harrysong took to his Instagram to express his anger. He came for the music analyst responsible for making such statements about Wizkid by calling him spiteful derogatory names.

The singer revealed that artistes like Wizkid, Davido, and many other big names in the music industry do not need other big international artistes to be well known or recognized globally. He also asked Nigerians to fish out the analyst’s social media handle in order for him to be educated properly.

“first of all….. i don’t know who the fuck this oyinbo albaino is, saying there’s no star of afro beats; your fathers and your presidents know the great Fela Anikulakpo kuti, and still respect him till date,

Wizkid, Davido, burna boy, 2face idibia, and many more Don’t need Sean Paul or drake to be known as star as they are….

you Americans should respect our sound and culture(AFRICA), ? I CAN’T STAND DISRESPECT. I SUPPORT PEOPLE; NOT PARTY  …pls let’s fish out this guy’s social media handle and correct his upbringing” I started bleaching because I thought I was ugly and being...