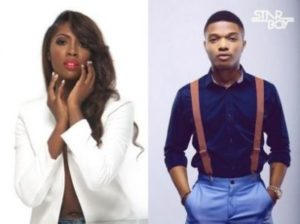 Producer, Spellz has opened up on the activities that took place in the build up to the recording of the hit song, Malo. The song which was performed by Tiwa Savage and Wizkid, has gone on to gain immense commercial success. Spellz, the producer of the song, narrated the whole episode that led to the creation of the song, during his interview with HipTV. Bobrisky In Trouble As Automobile Dealer Seizes His New Car Over...