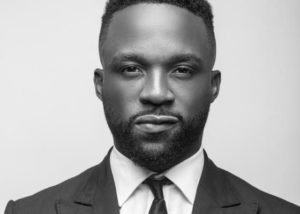 Iyanya has confirmed his exit from Nigerian music powerhouse, Mavin Records. The singer made this confirmation during an interview with Beat FM in Lagos on Wednesday, February 7, 2018. When asked to comment on his current record label, Iyanya said: “I’m now signed to Temple Music but I’m a Mavin for life. It was not a beef. I was there and it was time to move on.”

Recall that the singer signed a deal with Mavin Records in October 2016, before the establishment of Temple Music. Later on, Temple Management Company handed him a management deal. The brand broadened their scope to form Temple Music, a record label, in August 2017, with 9ice, Jeff Akoh, Bisola Aiyeola, DJ Jimmy Jatt, named among the pioneer artistes.

Speaking further during the Beat FM interview, Iyanya gave an explanation on the change in his sound.

“I like to try new sounds,” he said, and attributed the change to “working with different producers, writers.”

“The fan base has grown; I have fans here and abroad. Some people like the new sound but some people are stuck in the old sound. Shout out to Don Jazzy. He influenced my new sound,” he said.

Iyanya however left a note of acknowledgement for Don jazzy for helping with the evolution of his music.

“Shout out to Don Jazzy. He influenced my new sound,” he said. BBNaija: Beyond the coveted prize of N25 million and an SUV

Zlatan Has A Song With Wizkid Already, Says It Will Be...