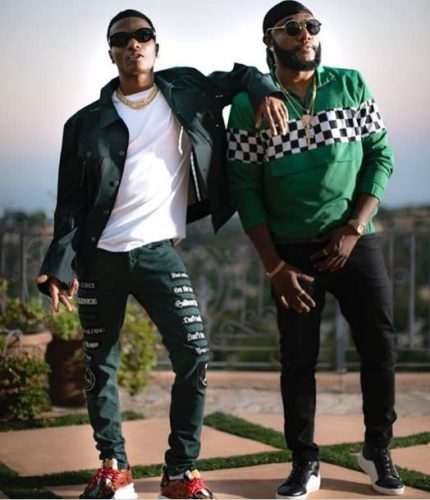 Fivestar music singer, Kcee has made known via his Twitter account that we should all anticipate a new single from him titled ‘Psycho‘ featuring Starboy Wizkid. Kcee on his IG account has been posting pictures of himself and Wizkid chilling together for the past few weeks but never gave a hint of them dropping a song. We can recall that both artist already worked together in 2013 on the remix of Kcee’s ‘Pull Over‘ which featured Mavin boss; Don Jazzy. The Remix was an instant hit and it overshadowed the original one.

Years have gone and both artistes have advanced in their ways of doing music, now they are about to bless our speakers again. Who’s ready?