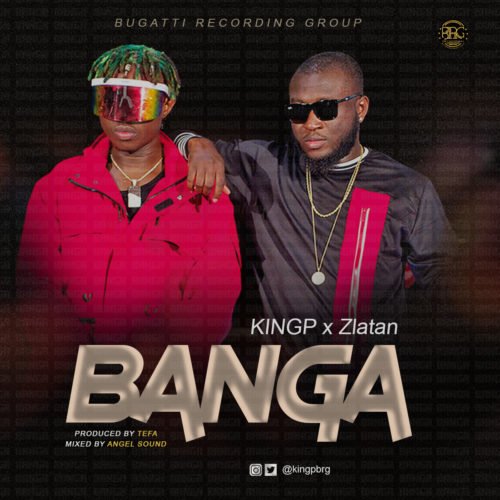 After the release of his last single “Shine On”, the Nigerian-American singer Promise Ilebor, popularly known as KINGP is back with another melodious and banging tune for his fans within and outside the shores of the country.

This time, the US-based songwriter and singer with multiple hit songs has teamed up with reigning afro pop indigenous rapper, Zlatan on the song entitled “Banga“, one that many people can’t wait to listen to.

The song which drops on Friday October 18th 2019, has become the gist of the town as fans of the two music stars can’t wait to have a feel of what Zlatan and KINGP have been working on for weeks.

KINGP and Zlatan hooked up in the USA to duel on a song that will shake the firmament of the music industry once again.

The song was produced by popular music producer, Tefa. This is another hit song that will surely rule the airwaves and get people dancing once again.