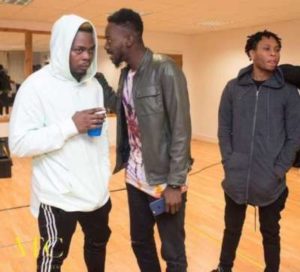 During an interview with GoldMyneTV, Viktoh revealed that he is still with YBNL. The artiste made this claim to put an end to the swelling rumors about his exit from the label. He also said Lil Kesh is still with the label and that the Lil Kesh’s Y.A.G.I label is still very much affiliated to YBNL. He however stated that their interest in YBNL is not on a contract basis but he insisted that they still have dealings with YBNL. As regards Adekunle Gold, he appeared to be unsure even though he made a statement to assure the public of the urban highlife singer’s commitment to the label.

#VIKTOH- WE ARE STILL ON THE YBNL LABEL, BUT THERE'S NO CONTRACT' #GoldMyneTV #Olamide #Music #News BAD GUY!!! Zlatan Ibile Reveals The Unbelievable Plans He Has For...