Apparently, Nigerian Rapper, Falz is one of the Nigerian artistes that recorded huge success in the year 2017. Meanwhile, the Lagos State Internal Revenue Service, LIRS has sent a letter to the rapper, asking him to remit his personal income tax for the year.

After receiving the letter from LIRS, Falz took to social media to share the letter and wrote; 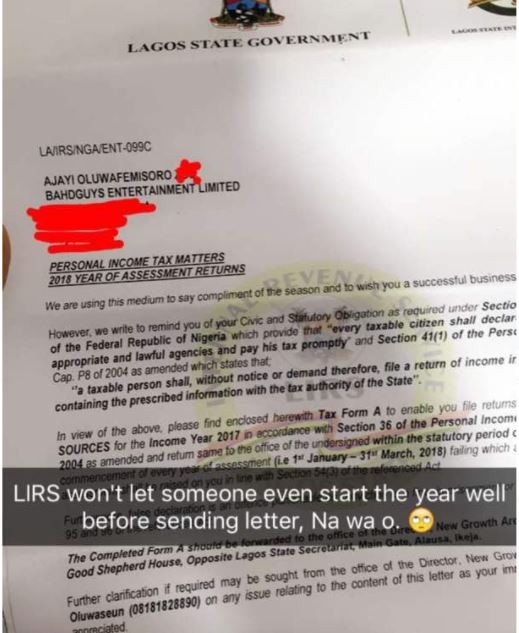 ‘My experience with dating short men has been quite terrible’ –... ”Nigerians are not worth fighting for,” Peter Okoye says as he... Some Men Are Motivated To Work Harder By Women Who Love...