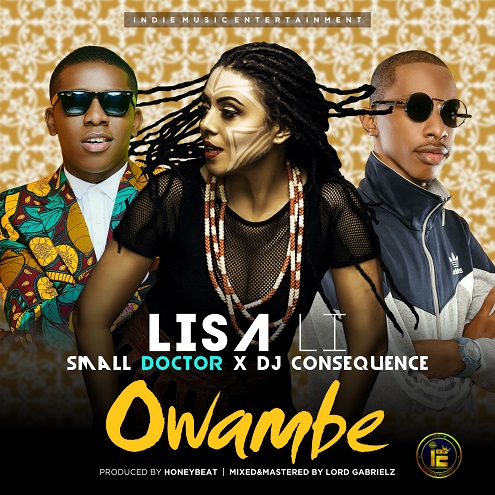 2018 has been a good and fantastic year for LISA LI, a France based artist but has the spirit and melody of an African woman. She has released a song titled “DOME” by herself and ZIPPY, produced by HONEYBEAT. After her last song with DJ HUMIlITY titled “OREO”,  also produced by HONEYBEAT.
LISA LI  presents another mind blowing track titled “OWAMBE”. She teamed up with Musical Artist SMALL DOCTOR and the baddest and craziest Disc jockey,  DJ CONSEQUENCE. This track is a perfect mix of Afropop that sends Honey vibes through your spine and makes you move your body to the rhythm. It was produced by HONEYBEAT, a multi talented Artist/ producer (Zippy).
Download