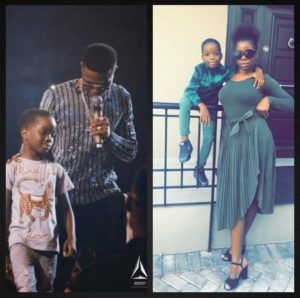 Without mentioning a name, Wizkid first baby mama might have dragged the singer into a mess that people on social media have pulled a seat to watch how it turns out.

Mother of Boluwatife, Wizkid’s first son, took to Twitter to lament about having to play the role of a mother and a father to their son. Her tweet suggests that Wizkid has failed to play his role as a father and it has caused her to work extra hard to play both hers and his role in the life of their son.

Her outburst contradicts what is being portrayed on social media. From his posts and statements during interviews, Wizkid comes off as a caring father to his son. If you recall, he got a tattoo bearing the name, ‘Boluwatife‘ and once in a while, he shares pictures and videos of him spending quality time with Bolu but the recent post by Bolu’s mother suggests Wizkid has been playing to the camera and his ‘father character’ is a farce. 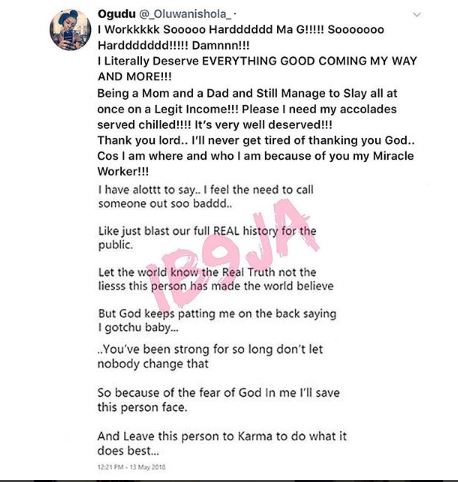