Mr 2Kay who also joined the ‘rape conversation’ on social media, recounted being sexually molested by his ‘school mother’ as a Junior Secondary School student. 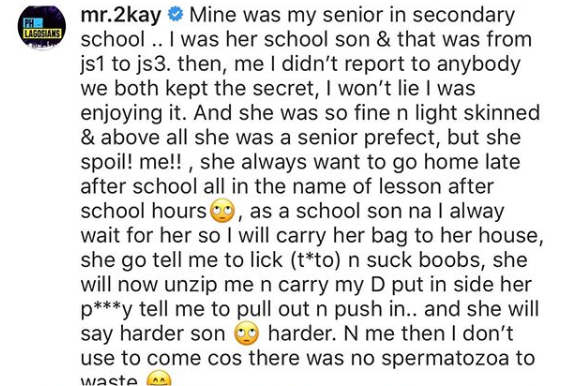 Mr Jollof Vows To Beat The Hell Out Of Tunde Ednut...

#BBNaija: “How I coped with Kiddwaya and Erica’s relationship in the...