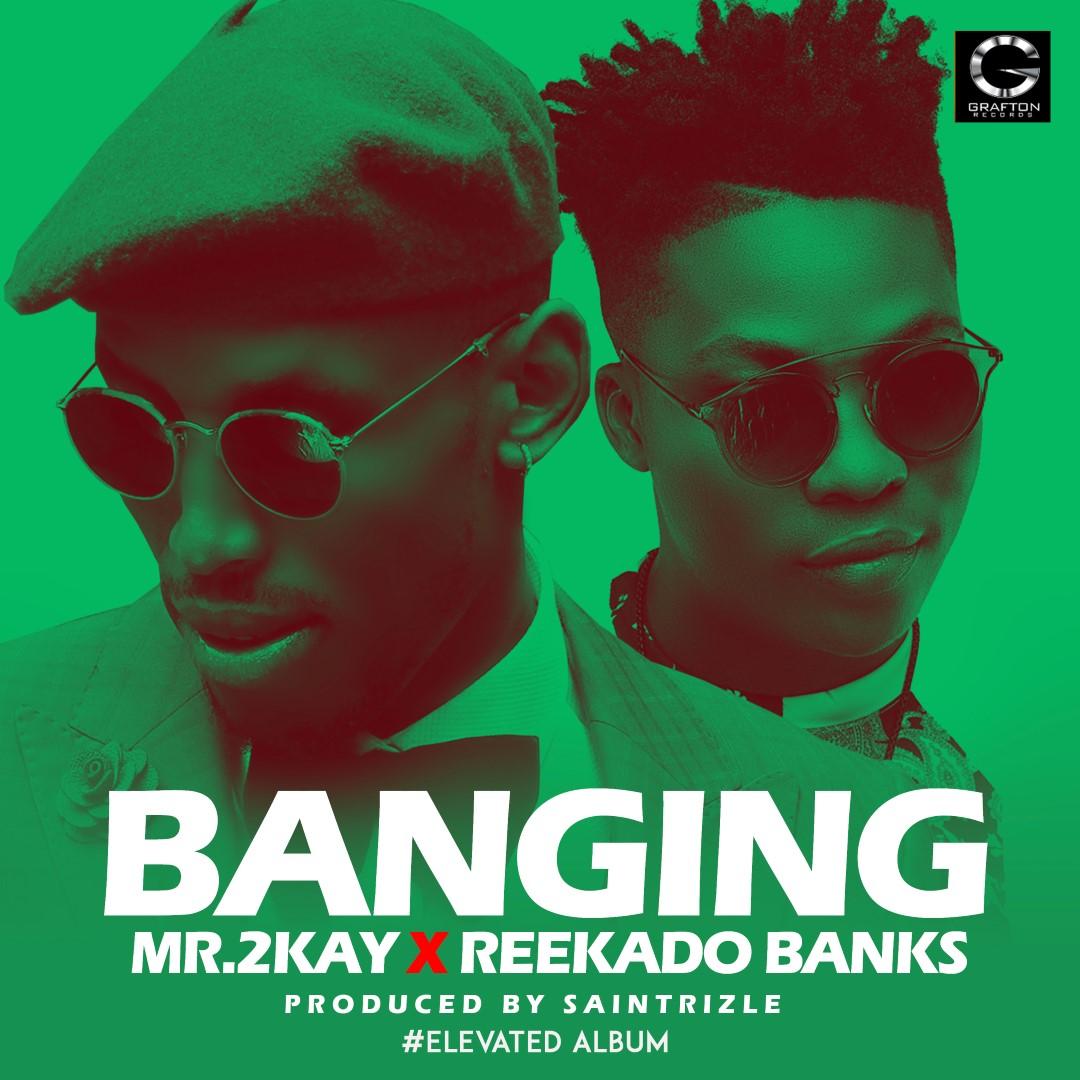 With less than a week to the release of his upcoming sophomore album – ELEVATED, Mr 2Kay has released a new single titled “Banging” featuring Mavin Records star, Reekado Banks.
“Banging,” produced by Saintlizzle is literally a ‘banging’ song. It is a song that will effortlessly make its way to the dance floor. 2Kay and Reekado brought their ‘A games’ into the studio and the synergy is quite audible.
According to Mr. 2Kay, “this ‘banging’ audio has a video already that will be released in a few days from now. I can’t wait to share it with you all. When I said this is the #Elevated season, I meant it.”
The Elevated album will go live on ITunes and other digital platforms on February 11, 2018 while fans can purchase the physical copy on the streets and record stores from Monday, February 12.
Mr. 2kay – Banging ft. Reekado Banks

Reekado Banks Explains Why He Dropped His Brother As His Manager