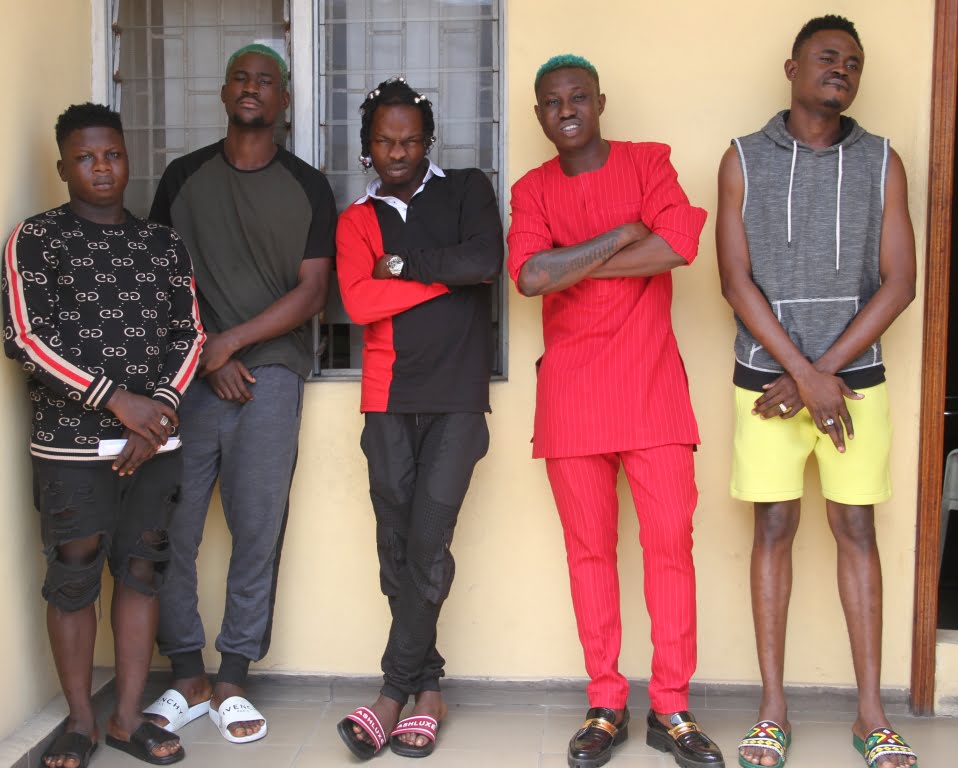 The Economic and Financial Crimes Commission (EFCC) has provided an update on the arrest and detention of rising artistes, Naira Marley, real name Afeez Fashola and Omoniyi Temidayo Raphael aka Zlatan Ibile.

They were arrested along with Tiamiu Abdulrahman Kayode aka Rahman Jago, Adewunmi Adeyanju Moses and Abubakar Musa.

Tony Orilade, EFCC Head of Media, told DAILY POST on Sunday that the suspects were still in detention and will be arraigned soon.

“They are still with us and expectedly will be arraigned in court this week. No date has been fixed yet but as soon as I confirm, I’ll let you know”, the spokesman said.

In a statement on Friday, EFCC explained that the accused were picked up in “connection with alleged case of internet fraud and money laundering. Intelligence report had also linked them to cybercrime offences”.

“Their arrest followed an early morning raid on Friday, May 10, 2019, at 9, Gbangbola Street, Ikate, Lekki, Lagos.

“At the point of arrest, the Commission found and recovered a number of items, including laptops, from the suspects.

“They have so far volunteered useful information about their involvement in the alleged criminal activities, even as investigations continue.”

Marley, some days ago, called on Nigerians to pray for Yahoo boys rather than condemn them. In a viral video. Drama As Robbers Ask Banky W To Sing For Them After...