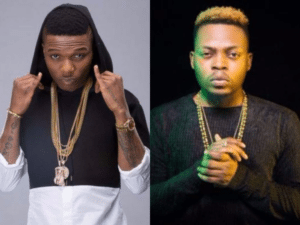 There is cause to believe that Olamide and Wizkid have been working together on some new records.

Olamide has dropped a solid hint that he has been in the studio with Wizkid, working on some fresh materials that could be released as songs sometime later in the future. The YBNL boss shared the picture of Wizkid chilling in what looks like his studio and captioned his post,

“Wiz came to bless some beats for me ?? @wizkidayo“

Wiz came to bless some beats for me 🙏🏾 @wizkidayo Wizkid & Davido Performed Again On Stage, See What Wizkid Did...