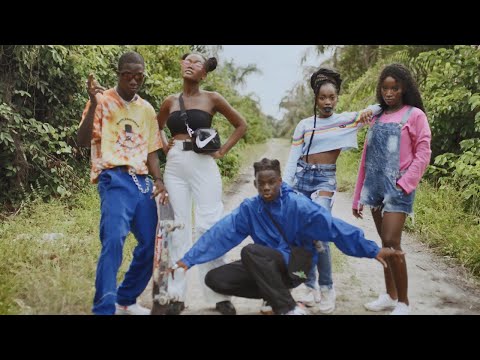 It’s only about 24 hours since fast-rising singer and rapper Rema premiered the video for his instant hit ‘Dumebi’.

The visual to the song has been in high anticipation since the tune got bigger around the country with various fans making dance videos and skits to it.

The team behind Rema took the alté direction in making the video for ‘Dumebi’ with some dark esoteric vibes to it. Apparently the Nigerian fans are split over the music video, some are all ‘Yay’ while another section scream ‘Nah’ about it.

Those in favour of the music video are OK with the art direction as it was kept at a minimal with few casts mainly kids around Rema’s age group. The main idea is that Rema is still enjoying what’s left of his fast ebbing childhood and innocence as seen in the visuals.

For the naysayers, the expected a larger than life video for one of the biggest sings right now in the country. Some feel Mavin Records were playing it too safe with the direction of the music video and could have done much better.

See the tweets below.

REMA IS NOT WIZKID
REMA IS NOT WIZKID
THEY DON'T HAVE THE SAME GRACE!
BIKES AND SCOOTERS MAY HAVE WORKED FOR WIZKID
TIMES HAVE CHANGED!
DUMEBI VIDEO WAS SUPPOSED TO BE PREMIUM QUALITY NOT AVERAGE WITH YOUNG KIDS(I got love for fahdsuniverse❤)
IT'S A NO NO
BIG TRASH.

Ist of all, Do you understand the concept of a target audience?

Secondly, who appointed you?

Understand the Gist that Rema should have a story line for Dumebi Video but you gota appreciate the fact it had no Naked Girls… Think it's a plot to catch Fans his age like Hola At Your Boy did in 2011.

Y’all were not mad when wizkid dropped hola at your boy with people waving hands behind a fence and riding bicycle like “Destiny Kids” because you were younger then, but you are mad at Rema’s video? You are an upcoming crack head

Dumebi by Rema is the biggest song in Nigeria in 2019. Rema was unknown in the month of February.

Wait, lmao what did you guys really expect Rema to do in Dumebi video? Nigga’s just 18!!! Is he supposed to be pressing breast and rubbing nyash? You all are wilding fr!!

I would have been a good shooter for the army but...