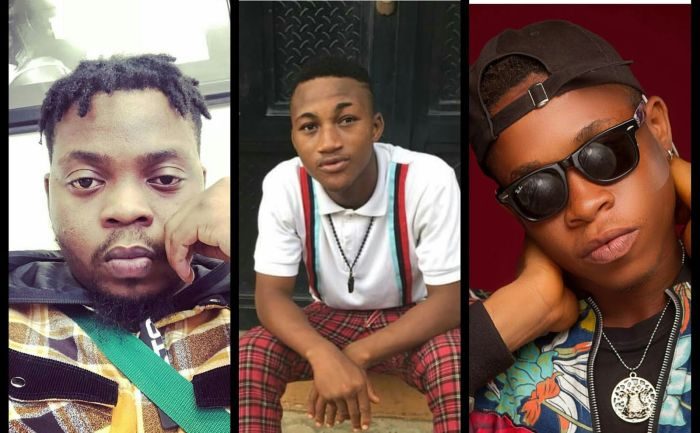 A Nigerian man on Twitter has decided to call the attention of Nigerians to Olamide‘s real motive for signing Picazo and Yomi Blaze last year after both acts shocked the internet with their Able God cover.

According to him, Olamide signed Picazo and Yomi Blaze just to cage their career and make sure these young artistes don’t out-blow him in the music industry. 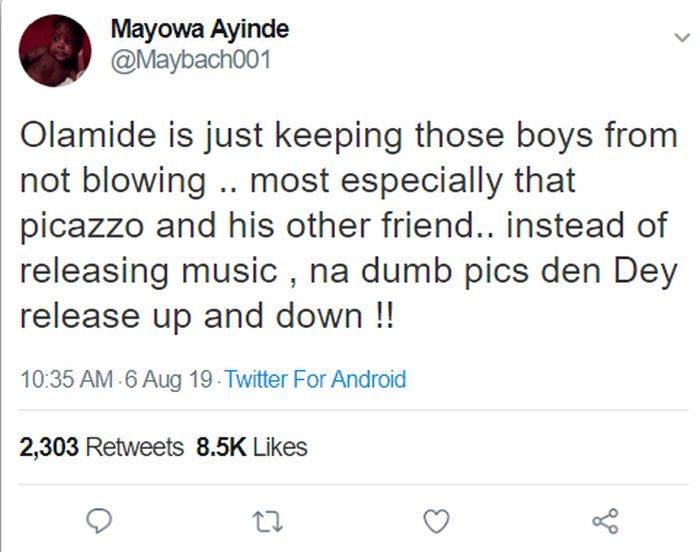 You’d recall that last time a music material was released by Yomi Blaze and Picazo was at the tale end of last year on YBNL Mafia Album.

Meanwhile, Olamide himself has dropped several music works this year but nothing was heard from his latest signees.

However, Picazo already left YBNL some days ago and his fans are anticipating new music from him while Yomi‘s faith in the music industry is still yet unknown as nothing is going on with him presently.

The last time Yomi Blaze posted on his Instagram page was May 24. Someone needs to check up on the guy, he might be needing help.

If Olamide really wants to help young artistes as he always claim, why not give them the freedom to release song as often as they can to keep connection with their fans? Afterall, being a YBNL act alone is enough to make their songs go round.

Guys, from the look of things do you really think Olamide Actually Signed Yomi Blaze And Picazo To Keep Them From Blowing? Toke Makinwa gives reason why she can’t have s€x on a...