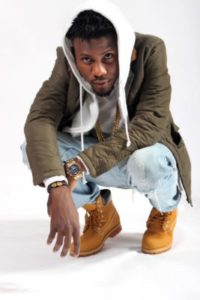 Tinny Entertainment act, YCEE shook a table on which a number of Nigerian Music superstars are standing. The rapper drew attention to an unpopular subject via a tweet, suggesting that a cabal in the industry has been claiming the endorsement deals for its members.

Barely a day after Davido secured a deal for his girlfriend, Chioma, and another one for himself, YCEE put out a tweet that suggests a group of people have been monopolizing the deals while artistes like him have had to endure a long and unyielding wait.

In his tweet, the Juice crooner hints at artistes who have multiple endorsement deals still claiming the few new opportunities while ‘young’ ones like him have been sidelined.

It is uncertain who YCEE is referring to with his tweet but Davido is the first guess because the DMW man recently made the news for recording achievements in the form of endorsement deals and acquisition of a private jet. BBNaija: ‘You Can’t Talk To Me Outside Big Brother’ – Tacha...

#BBNaija2020: Fans quickly dig up photos of Praise with wife and...