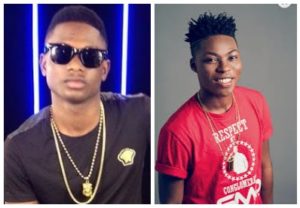 Reekado Banks has tendered a public apology to Lil Kesh and fans who felt offended by his braggadocios comment at his ‘Thank You’ concert in Ibadan. At the concert, the singer said “I better pass him papa” in reference to the incident that happened at the venue of the 2015 Headies Awards where the debate on who deserves the Next Rated Award between him and Lil Kesh, led to a confrontation between Don Jazzy and Olamide, and later caused a stir on social media. Reeekado, in his interview with Vibes NG, spoke on the incident and how it led him to react in rash manner at his Ibadan concert. “I Miss Nigeria”- Cardi B Reveals As She Goes Back To...