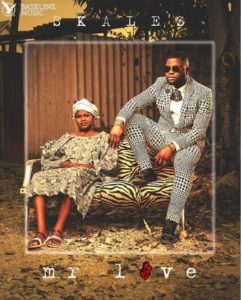 Skales has announced his plan to release a new album titled Mr Love on June 19th, 2018. The Baseline Music act made this announcement on Instagram.

The Booty Language crooner was recently trending on social media for walking out of an interview which he considered disrespectful. The singer was asked to answer questions about his switch from making inspiring rap music to making pop music with diluted lyrical concentration but he felt offended by the manner of approach of the interviewer and walked out.

In 2017, he released his sophomore album titled The Never Say Never Guy and the project enjoyed an average commercial success and critical rating. The singer is now set to put out the third music project of his career and in his words, the Mr Love album “is a compilation of what love means to me in different aspects of my life.”

Some hours ago, he posted about the imminent release of his Mr Love album on Instagram. He captioned his post with…