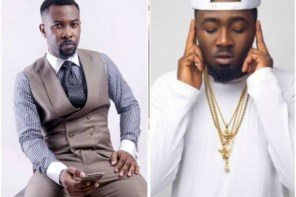 Veteran rapper, Ruggedman recently revealed the unforgettable thing he did for Ice Prince during an episode of celebrity housemates. Ruggedman revealed that he bought popular musician Ice Prince his first plane ticket to London back in 2010. He said they were meant to shoot a video during the trip. He made this known to actors, Junior Pope and Funky Mallam.

“When I tell am say make we go London go shoot him video he shock. Na so I buy am ticket, I even leave am for London for one week before I go join am so tey he con dey fear.”

”Education by book/classroom a must to success” – Toke Makinwa