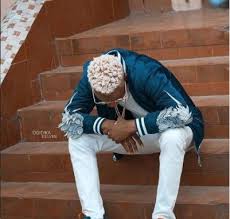 This is the main reason why Starboy, Terri needs to leave Starboy and surprisingly it’s not his fault.

It’s a record label problem. Terri has done his bit in singing the best songs out there. Lyrically he is sound but when it comes to the promotion strategy process, his team disappoints him.

Has anyone ever wondered why Terri always drops his songs the exact day, Wizkid has a song to release too?

Bia didn’t spend up to a week relevance before WizKid dropped Fever. The controversy around Fever dwarfed the popularity of Bia and we all forgot about it.

Then this year, his first song, “On Me” released the same day Larry Gaaga dropped his “Low” collaboration with WizKid.

What of this previous week when Wizkid‘s feature on Beyonce‘s “Lion King Album” went viral. That was the day Terri decided to drop his summery, Afro pop banger, Non Stop.

That move disappointed a lot of Wizkid’s FC as they had to throw their weight behind Wizkid and hence, Terri was left to push his single on his own with the buzz all on Wizkid’s Brown Skin Girl.

We all know Terri is good , but can we agree that his record label is killing his career?

Now, the question of the day is.

Do You Think Wizkid’s Starboy Label Is Doing Enough To Help Terri’s Career? 2020, we are sorry – Toke Makinwa apologizes over weird occurrences...